In Vilas County, the heart of Wisconsin's lakes and forests 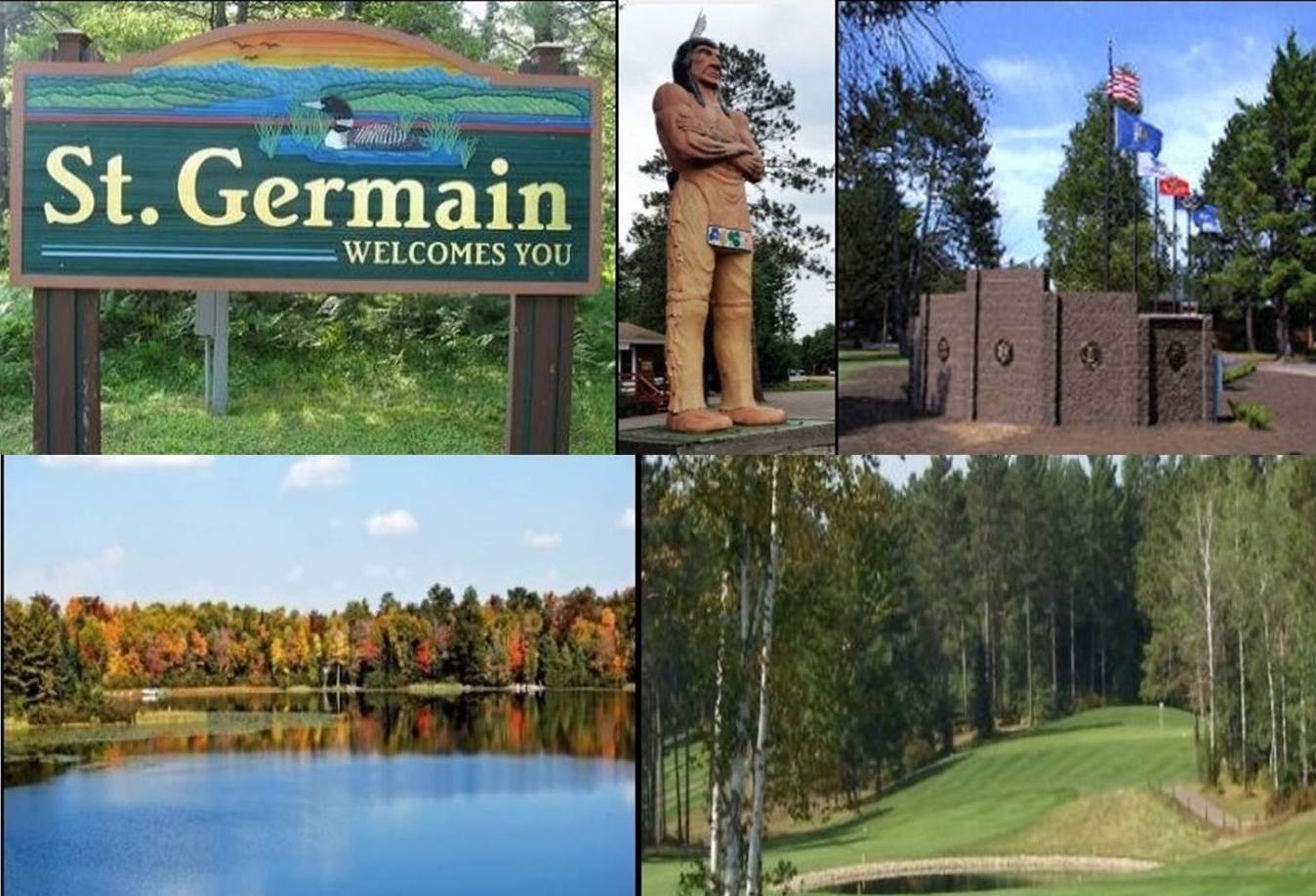 The first white man to set foot on Wisconsin soil was Jean Nicolet, who was sent here by Samuel Champlain, Governor of New France, Canada. The idea at the time was to find a short route westward to India and China. In July, 1634, furnished with a few imperfect maps, Nicolet set out in a canoe to make peace with the Indians and open new territory. Many priests followed and Father Claude Allouez built the first chapel in Wisconsin in 1665, near Ashland and Washburn.

Following the priests and missionaries were the fur traders who heard of the vast amount of furs in this area. Notable among the fur traders was Nicholas Perrot, who in 1665 began a career of exploration and discovery in Wisconsin, which lasted more that 30 years…to about 1695. The king of France staged a pageant on the far shores of Sault St. Marie, at which the representatives, Simon Francois Daumont and Sieur de St. Luson, took possession of all the Western country for the French sovereignty. Nicholas Perrot was notified in advance to have all Wisconsin tribesmen send their chiefs for this great occasion, and there they persuaded the Indians to let them annex this country to France. Later Nicholas Perrot became governor general of the new French territory west of Lake Michigan. He built a number of French posts. As long as he ruled in the West, the French trade and influence was supreme. Many Frenchmen came to this territory and manned these posts. The traders were licensed by the French government and were under strict regulations. Unlicensed traders went farther into the wilderness, traded his wares with the Indians and sold his furs to the Hudson Bay Co. This caused so much trouble that the French governor revoked all licenses and in 1696 ordered all posts evacuated and all traders and soldiers to return to Ottawa, New France. Some of the soldiers, among them Jean Francois St. Germaine who had married an Indian maiden, rather than return to New France and face charges, deserted the garrison and settled with the tribe of which his wife was a member.

Many years passed of which there seems to be no record of the St. Germaine family. Later we find many members of the St. Germaine family with the Lac du Flambeau band of Indians, whose chief was Keesh-ke-mum, or Sharpened Stone, who was one of the greatest Chippewa Chiefs. The Chippewa sold all their lands by treaty in 1842 but continued living in the area. Later they moved to the Lac du Flambeau reservation as the white man moved into the territory. One of the first white men to settle in this area was James Lynch, a Canadian, who came here in 1842 to trap. He married an Indian maiden named Ramona. Nine children were born to the couple; the oldest was Biddie who later married a St. Germaine from Lac du Flambeau.

In 1857, the U.S. government sent surveyors into the area. Their records show that Big St. Germain Lake was named St. Germain Lake by the Indians. Records also show an Indian burial ground on the south shore of the lake.

In August of 1857, John Curran and Dutch Pete came up the Wisconsin River by canoe from Merrill to Eagle River, with many portages over the rapids. They mention passing St. Germain Creek (now Rhinelander) and Otter Rapids (near Eagle River). According to Mr. Curran, the St. Germain Lake was named for a beautiful Indian princess whose tribe camped on their shores.

Back to page top